Health Promotion – We need to talk 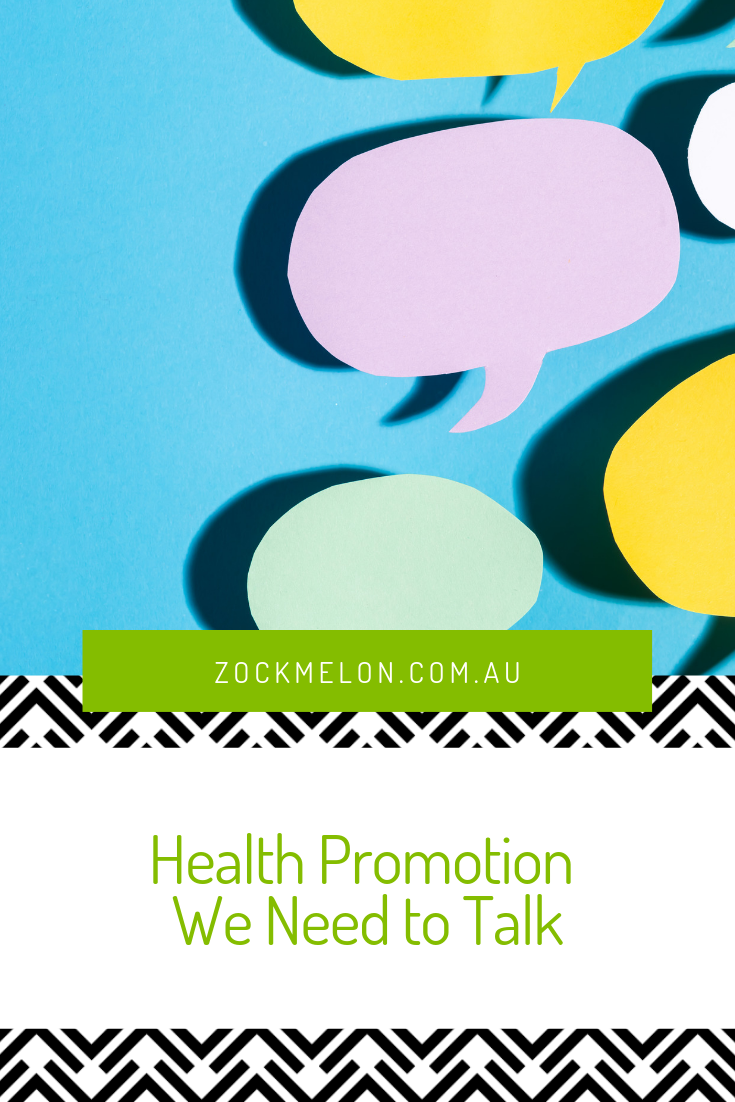 Health promotion has oft reflected that it needs to get better at talking outwardly, promoting its relevance to society and the bottom line of the government.

However, it dawned on me recently that we also need to think about how health promoters, AKA health promotion type folk, talk to each other.  By that I mean inward, professional conversations, discussions or debates.

I was talking to a public relations consultant recently and she remarked that she had to have a social media presence in particular on Facebook because that’s where her primary group of clients (mums who run businesses) hang out.  Makes sense doesn’t it – you go where your people are.

This led me to ponder:  Where do we find health promotion people?  We know that health promoters can be in a range of agencies, from non-government, local government, State or Federal agencies, Universities undertaking research, private sectors perhaps addressing workplace health – a huge range of places really when you think about it.  But is there a common place where health promoters just get together and chat, share ideas, discuss evidence and practice? 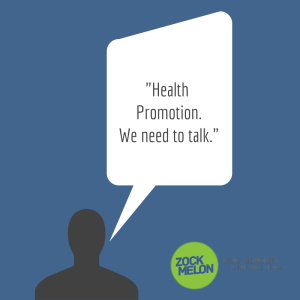 How do health promotion professionals talk to each other outside of conferences?

Sure, there’s state and national conferences, but are these more about discussing the big ideas, up-to-date evidence and project stories?  And when people talk at conferences, is it a true conversation or more one-sided?  The same applies for journals where you can’t really talk back in a dynamic and iterative way, and who ever gets around to writing response letters?

Then of course there are professional association memberships and their jurisdiction-based professional development events where, if you’ve been in the health promotion industry long enough you get to see the same names and faces.  Health promotion is definitely a social industry. You only need to see people dancing at the AHPA conference dinner if you don’t believe me.

But other than your colleagues in the cubicles next to you, how do we talk to each other generally? How does a project officer in South Australia get to know their counterpart in Western Australia, or chew the fat with people doing similar work in Tasmania?

Certainly social media platforms like LindedIn and Twitter are critical in enabling communication and networking. I’m making more ‘friends’ and associates thanks to these platforms than in years of working.  I’m able to make a connection, however superficial, to all sorts of people in health promotion.  That means the ice is broken if and when we ever need to, you know, have a real life conversation.

I’d love to see all health promotion people chatting more on LinkedIn, Twitter or even groups on Facebook.  You can start by following key organisations such as the Public Health Association or notable academics and get involved by joining in the conversation.  This all fits with key competencies in partnership building, communication and technology (even if the AHPA core competencies for practitioners haven’t kept up with changes in technology). 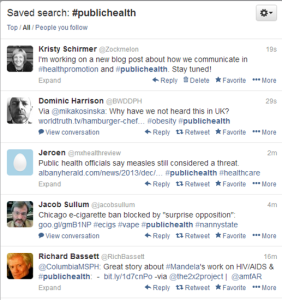 Screenshot of the #Publichealth Twitter feed where conversations are happening.

So let’s keep in touch, chat and keep inward health promotion conversations thriving.  I believe if we can keep talking amongst ourselves, it all helps to build a stronger professional identity that in turn will help us to sell ourselves and the vital work health promotion achieves to a broader audience.