Is Fitspiration all bad? Culture and community vs public health messaging 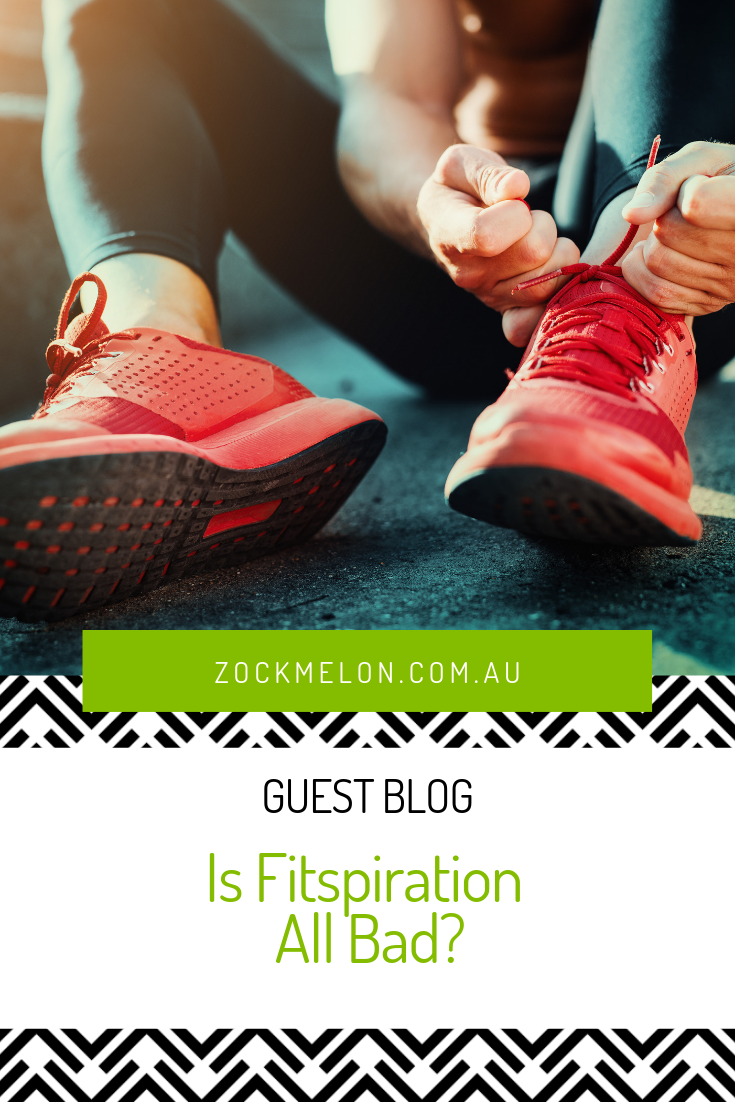 Is Fitspiration all bad? Culture and community vs public health messaging

A little bit about me…

Hi everyone, my name is Shelley Ratcliffe and I’m a third year health science student, majoring in health promotion at Flinders University. I am writing this as part of the work placement I’m currently undertaking with Zockmelon. For someone who, up until about 8 weeks ago, was a complete social media novice, this placement has been an eye-opening experience.

Prior to university, I worked in the fitness industry. I was a personal trainer, I taught fitness classes and also spent a great deal of my spare time at the gym pursuing my own fitness goals. Despite my passion and unbounded enthusiasm, I always had difficulty with what I perceived as the shallowness of the fitness industry. There was no way of getting away from the fact that most people’s motivation for changing their exercise and/or eating habits had to do with aesthetics. It seemed like the definition of health had got lost somewhere in translation. I’m not saying there’s anything wrong with wanting to look better, but working in that environment day after day got to me after awhile and that’s part of the reason why I left.

I started teaching fitness classes in 2002  and stayed heavily involved with the fitness culture for almost another decade. It was an interesting time to be a part of it; the culture was growing and becoming more mainstream, and this became especially evident as social media entered the picture.

And the evil of the online fitness world…

Like I said, I didn’t have anything to do with social media until starting this placement, but I saw the stories on the news, as I’m sure you did too. Social media promotes dangerous diets, exercising until you throw up or pass out, and shows pics of unattainable ideals of chiseled abs and striated thighs. It causes chronic body dissatisfaction, shame, depression, and eating disorders (for evidence of this argument see: Tiggemann and Zaccardo 2015), at least according to what I had heard on TV. It seemed to me that everything I disliked about the fitness industry had been taken to the nth degree and had spread to occupy a broader part of our lives because of social media.

But were these news stories wrong? Had I let my bias affect my perception of online fitness culture? Could there be more to it than what I heard from the TV psychologist on this morning’s episode of Sunrise? As chance would have it, a former tutor of mine has been investigating this very question.

I spoke with Stephanie Jong briefly at the Australian Health Promotion Association’s AGM earlier this year and she told me that she was currently undertaking her PhD, researching the online health and fitness culture from a consumer’s point of view. The conversation sparked my interest, and several weeks later I had the opportunity to have more of a chat with Stephanie for the purpose of writing a blog post for Zockmelon.

“The idea originated when I saw a colleague’s before and after shots of her bum on Facebook,” she said, “and it got me thinking: when did this behaviour become acceptable? When did it become normal for people to post pictures of their bodies that would normally remain within an intimate setting?”

When did it become normal for people to post pictures of their bodies that would normally remain within an intimate setting?

From this starting point, Stephanie decided to explore young women’s experiences and expressions of online fitness culture. Specifically, her research question was: ‘what is it like to be within the culture, and what did the participants themselves say about their experience’. Stephanie spent a year following different online fitness pages, observing the culture from the outside before adopting a consumer marketing research method called netnography. She created an alias Facebook and Instagram account. However, she maintained an openness with the participants about her research and the kinds of questions she would be investigating. She also conducted interviews with 22 young women who considered themselves part of the culture, seeking their feelings and opinions about social media ‘fitspiration’. So, what did she find?

First of all, they loved it. They found the culture positive and inspiring; it made them want to work out and eat healthily. They felt supported, motivated, and described the whole experience as awesome. What happened to the shame and depression? As Stephanie pointed out to me, research that had been undertaken previously had only looked at offline exposure to fit ideals, whereas her research looked at participants from within the culture itself.

She found that many of the participants had a very high level of education, some even having studied nutrition and dietetics at university. These people were critical consumers, they knew what they were involved in and could even themselves identify the potential issues relating to body image and self-esteem. But, regardless of all that, they chose to tap into the culture anyway. Their decisions were based entirely on aesthetics and how to obtain that longed for ideal body. Stephanie described to me one participant who decided to become a vegan simply to follow Freelee the Banana Girl on Facebook. “It amazes me”, she said.

There was a link between the attainment of a hard, toned, fit body and moral values, something which has been noted in research from traditional fitness culture. The wording of messages and comments posted online expressed the opinion that a person who looked like that must be hardworking and extremely disciplined. They must be a good person. The messages were also extremely individualistic; getting fit was all about personal responsibility. You want a tight, toned bum? Well then, make sure you do all your lunges before you have your kale and spirulina smoothie, etc.

The wording of messages and comments posted online expressed the opinion that a person who looked like that must be hardworking and extremely disciplined. They must be a good person. The messages were also extremely individualistic; getting fit was all about personal responsibility.

When I asked Stephanie what she found most surprising she told me: “the true sense of belonging these people had. There was a trustworthiness among participants that were geographically dispersed. It felt like a real friendship group and they genuinely wished well for each other.” Was this sense of belonging what made the participants’ experience with the online fitness culture so awesome? Perhaps this is something we, as health promoters, could learn from.

These results suggest that the online fitness culture is not all bad as I had initially thought. Clearly, these young women found their experiences positive, even if aspects of their attitude might make some of us wince.

Issues to think about…

Stephanie spoke about how her research related to e-health literacy, defined as the ability to access, understand, interpret and acquire information using ICT skills, and how previous studies have found many people possess limited searching skills and are often overwhelmed with the amount of information out there. But was that what was happening here? Maybe something had gone wrong somewhere along the line within the education system. When highly educated young women follow along with trends like this, it makes you wonder what else needs to be done. Stephanie talked about bringing the idea of critical consumers in the 21st century into health education classrooms, that and how this could possibly prompt better social media use in the future. She also brought up the issue of choice, that is how much choice is really involved for these young women when they are submerged within our particular culture.

I asked Stephanie about how to best manage the risk of harm from using social media to promote health and fitness. “I’d love to call for regulation.” I think a lot of us would agree that some kind of regulation of what gets posted online would be of benefit. But I think most of us also recognise that the reality of that happening is just about impossible.

Ultimately, improving health promotion practices through social media will come through understanding the experiences of different people within the online realm.

There will be more to come from Stephanie’s research later in the year.

You can contact me (Shelley Ratcliffe) also via email.